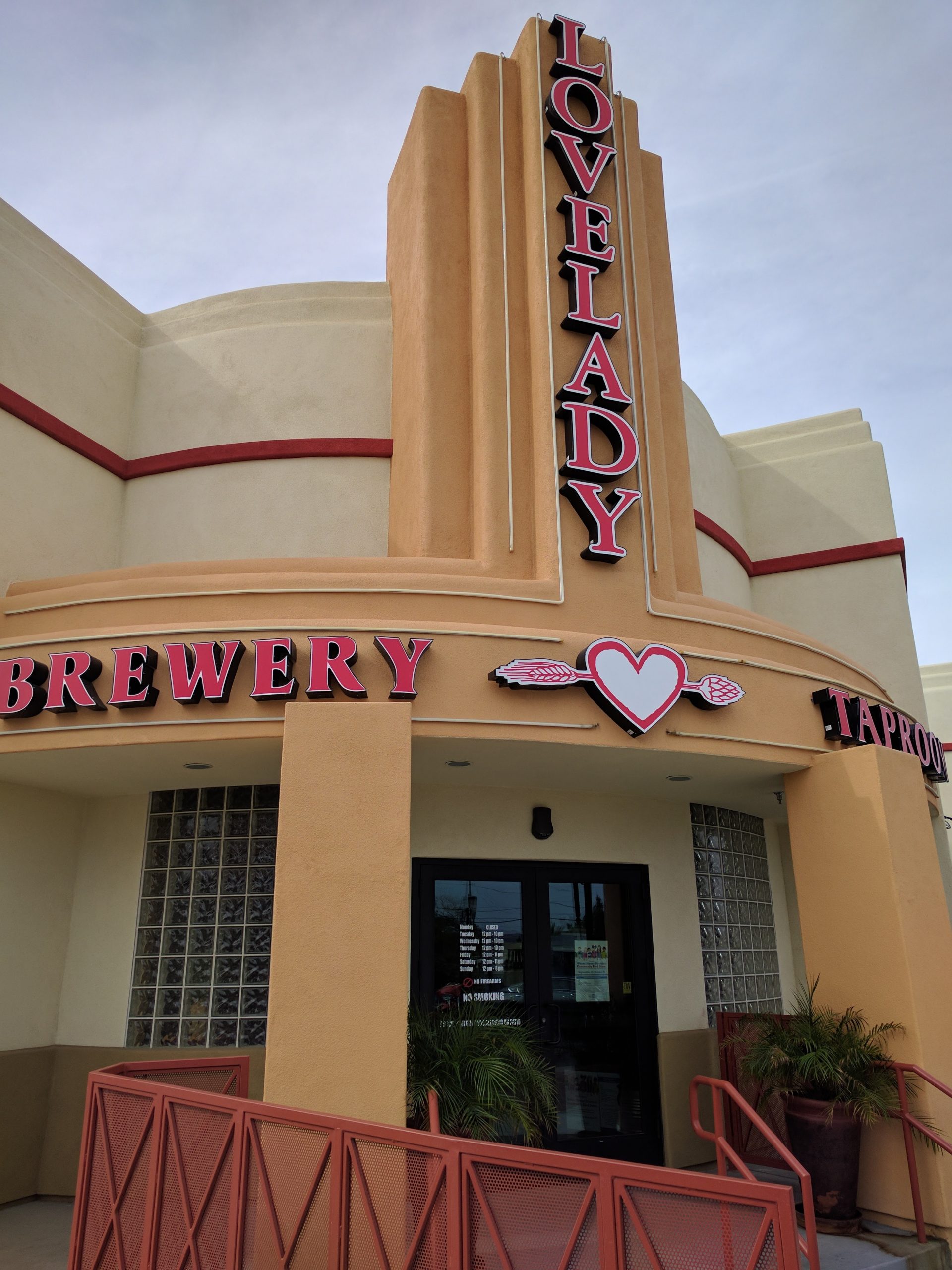 A local Henderson family with generational roots, Lovelady Brewing pays homage to the art and heritage of craft beer in more ways than one. First, it’s location in downtown Henderson is part of an economic revival of sorts; another reason to visit downtown Henderson. This pays respect to the heritage of craft beer as breweries were often centers of economic activity and opportunity. From farmers to banks to distributors, breweries have supported supply lines and have been bellwethers and cornerstones of local economies for a long time.

Many breweries offer a very industrial and cold feel which can be off putting to some. Not at Lovelady Brewing. As I parked and walked up to the building, the first thing I noticed was the great signage reminiscent of historic signs that flagged downtowns of yesteryear. Elevated-patio seating faces Water Street and makes a great vantage point for downtown’s many events. As it’s usually a beautiful day in the Las Vegas valley, I would normally elect to sit outside, but, of course, I wanted an opportunity to soak up the interior ambience.

Stepping through the front door I appreciated the bright and open appearance with no cigarette smoke–which made for a more neutral background for tasting Lovelady Brewing’s delicious brew and a welcomed departure from the smoky Strip.

The first things to visually pop are the large fermenters and brewery operation tucked off in the corner. The shiny concrete floor helps draw attention to the bar and tabletops made from reclaimed wood from the Sierra Nevadas. (Quick story: The trees were damaged and destroyed by a bark beetle as a result of the long drought in northern California and northern Nevada. The beetle creates little dark areas where they burrow and lay eggs making for a very unique effect. Don’t worry…no beetles are present in the wood now of course). Using the wood not only adds a ton of character to the place, but is another example of how breweries preserve local and regional history and culture.

Sitting at the gorgeous bar, I was lucky enough to be graced by the presence of Bob, one of the owners and brothers of the operation, who was pouring me samples of their craft beers. Bob is extremely knowledgeable and a pleasure to have a conversation with. There were many styles to choose from. Amongst my favorites were:

Besides picking up some brews directly from the brewery, you can find Lovelady beers at your Las Vegas’ Total Wines & More or other local grocers like Albertsons.

For a microbrewery, Lovelady attracted people outside of the typical demographic for craft beer, which speaks to how good the beer really is as well as the comfortable, welcoming vibe folks feel when they walk in. There were a few “first time” craft beer drinkers who were delighted with their choices. There were also a few regulars who certainly had their favorites, but still adventurous and tried some of the newer beers the brewery was creating. At Lovelady there is something for every person to enjoy.

More than just another reason to visit Henderson, Lovelady Brewing is a reason to try craft beer for the first time or revel in their masterpieces as a passionate beer drinker.